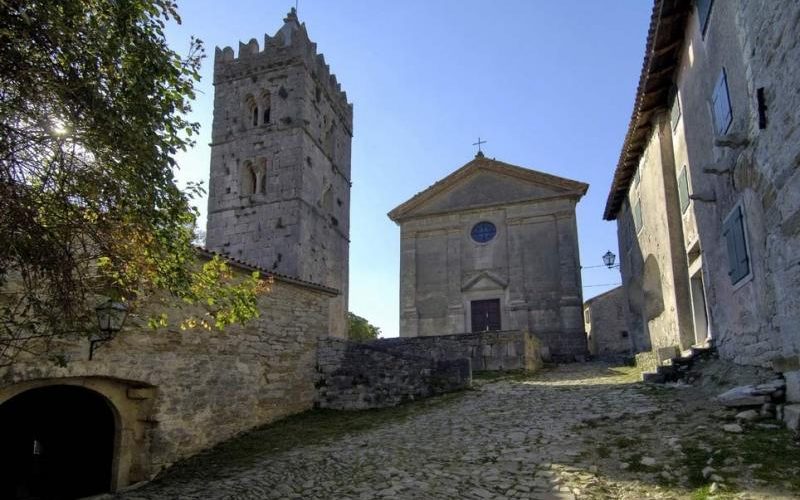 Proceed straight forward via Vižinada to Ponte Porton. Turn right to the road that leads through the valley of river Mirna. You can stop for a short rest in Istarske toplice (spa) or Sveti Stjepan which got its name after the church whose remains are visible on the top of the cliff. Even the ancient Romans used this spa. On the hill above it there used to be a quarry. This is the only, although closed, quarry where the stone was taken out of the bowels of the earth.

Buzet, placed on the foot of the Ćićarija mountain, on a hilltop surrounded by fertile fields isn’t far. The ancient Romans named it Pinquentum. Its baroque fountain is one of the best-preserved town fountains in Istria.

From Buzet the road goes up towards Lupoglav and the Učka tunnel via Roč, which is only 8 kilometres from Buzet. Roč is the centre of the Glagolitic culture. On the opposite side of the road 7 kilometres long Glagolitic prospect ends in Hum, the smallest town in the world.

There are 11 monuments along the Glagolitic prospect in honour of those who taught the Istrians to read and write their mother language since the 9th century. Drive carefully the same way back to Funtana.